Standing around in front of the Colosseum with thousands of others until your feet ache, despairing at totally overpriced restaurant meals, or reeling off the classic sightseeing program? It doesn’t have to be that way because there are worthwhile alternatives to the crowded tourist hotspots in Rome as our personal guide, Gaetano Lauro, host at the Romantik Hotel The Inn at the Roman Forum, recommends. 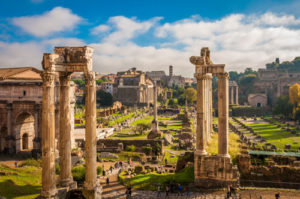 MORNING. Rome is huge and can hardly be explored by foot (exception: the historical center). You can get around quickly by bike (starting from 3 euros a day) or an e-scooter (starting from 5 euros a day), but you have to get used to Roman traffic. The Roman Forum is just steps away from the Romantik Hotel and, along with St. Peter’s Basilica and the Colosseum, is one of the must-see attractions. Nowhere else can you discover more of ancient Rome. 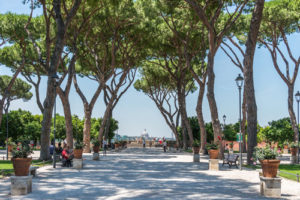 MIDDAY. After a pleasant lunch at the trattoria Vecchia Roma (Via Ferruccio 12), known for its typical Roman pizza with a thin crust, it’s off to Via di Santa Sabina and up the Aventin, one of the seven hills of Rome. Half way there lies Giardino degli Aranci, a hidden paradise lined with orange trees. Absolutely worth seeing because the view of the Tiber, St. Peter’s Basilica, and Trastevere from the terrace is breathtaking. 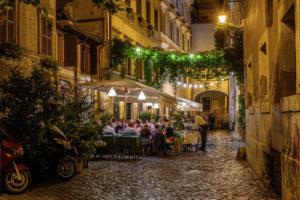 EVENING. Many Italians finish up a day of work with happy hour and a spritz or a glass of prosecco. The drinks are served with snacks or even a buffet with tasty antipasti for a fixed price, for example at the Prosciutteria Cantina Dei Papi (Via della Scala 7). Hip and yet authentic at the same time: Here in the neighborhood Trastevere, one senses the typical Roman way of life, as in Monti. 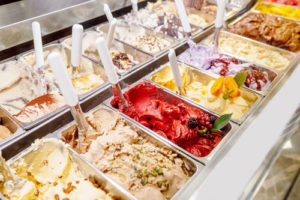 MORNING. The best Italian way to start the day is a breakfast with cappuccino and a cornetto (croissant). The coffee baristas at Bar Sant’Eustacchio between Pantheon and Navona Square are legendary. For later: The most delicious ice cream can be found at Giolitti (Via degli Uffici del Vicario) and Venchi (Via della Croce). For those with a sweet tooth, Bar Pompi (Via Albalonga) is the “kingdom of tiramisu” and famous throughout Rome for its desserts.. 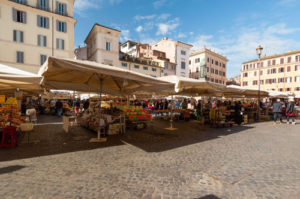 MIDDAY. Shopping is an essential part of the Rome experience. The best markets for vintage clothing, bric-a-brac and collector’s items are in Trastevere (Porta Portese) and in the city district of Monti. The Mercato Monti (Via Leonina) only takes place on the weekend! Also worth a visit: the flower and vegetable market at Campo de’ Fiori. The whole area surrounding the Piazza di Spagna is a classic attraction with jewelry shops, boutiques and studios of national and international stylists, one after the next. 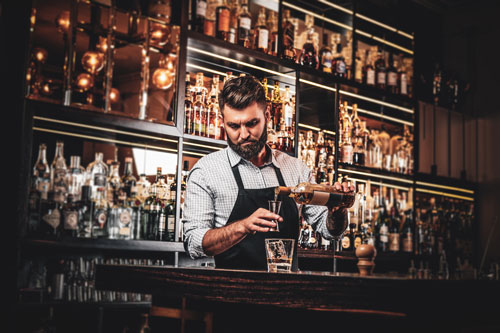 EVENING. The Capuchin Crypt is one of the spookiest places to see in Rome. The burial chamber is located beneath the church Santa Maria della Concezione (Via Vittorio Veneto) and is decorated with the skulls and bones of 4,000 monks. After this eerie pleasure, a cocktail can’t do any harm: the Jerry Thomas Project is a retro bar and one of the top 50 bars in the world – a wonderful place to wind up the Rome trip.

Romantik Hotel The Inn at the Roman Forum, Rom