The season is short, the harvest by hand is hard work – that’s what makes this spring treasure so rare and sought after

They are plain-looking but are one of the most expensive vegetables in the world. Why is that? Hop shoots have a relatively short season extending from mid-March to mid-April. The fresh shoots from the hop plant are not only culinary heralds of spring but also the first fresh vegetable of the season.

The harvest is time-consuming and demands great care on the part of the picker. While the hop vines grow rapidly and are visible to all, the shoots hide in the dark beneath the soil. Before they reach daylight, hop farmers gently loosen the soil with a small hoe. To promote more robust growth of the hops, the innumerous bines are pruned to three main vines. The farmers carefully take the young shoots between their thumbs and forefingers and snap them off of the rhizome. To harvest one kilo, an experienced picker needs one to two hours, depending on the weather and state of the soil.

The nutty tasting spring treasures have grown steadily in popularity. They used to be taken for simple dishes but were then almost forgotten over the years. Today, they are a high-in-demand, expensive specialty and are appreciated as crisp multi-talents. They can be served raw as a salad, as a creamy soup, or as a vegetable side dish with meat or fish. And the hop plant is healthy, too. It contains lupulin, which has a relaxing effect, and xanthohumol, which protects the cells.

A true dream destination for fans of this vegetable is Poperinge, a traditional hop region in Belgium. At the Romantik Hotel Manoir Ogygia, host and chef Kris Pollentier treats his guests to the delicate shoots and serves them with meat and fresh fish from the region.

What is it about the shoots that fascinates him? “They’re a local specialty; they grow right at our doorstep and they have a unique, nutty flavor. The harvest season is short, they’re always delivered fresh and, as a vegetable, they can be creatively used for anything.” He smiles. “It is just too bad the season for the shoots is so short.” 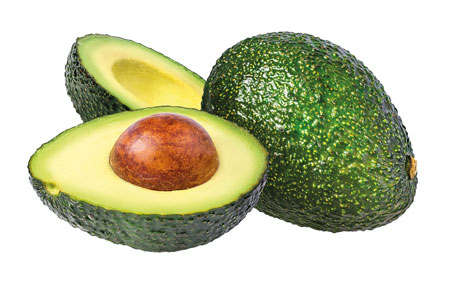 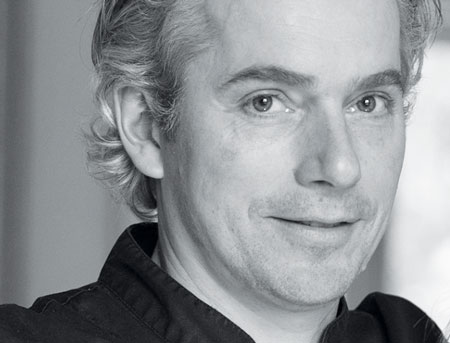 Host and chef Kris Pollentier from the Romantik Hotel Manoir Ogygia is known for his hop shoot creations.