Namibia from the heart – 80 million years like a day

How often does one need to visit this fascinating country to be able to comprehend its soul, its magnificent natural wonders? What’s important is to take the first step. Welcome to a magical world!

The adventure began 80 million years ago and was forcefully halted when the oldest desert on the planet marched right into the Atlantic. Since then, the Namib has been one of the very few coastal deserts and is considered one of the most inhospitable places on Earth. But only people who don’t know Namibia will say this. The reality has intriguing names: Sossusvlei, Kalahari, Kolmanskop, Fish River Canyon, Dead Vlei and, of course, Etosha, with its kingdom of animals ranging from the Namib sand gecko to desert elephants. 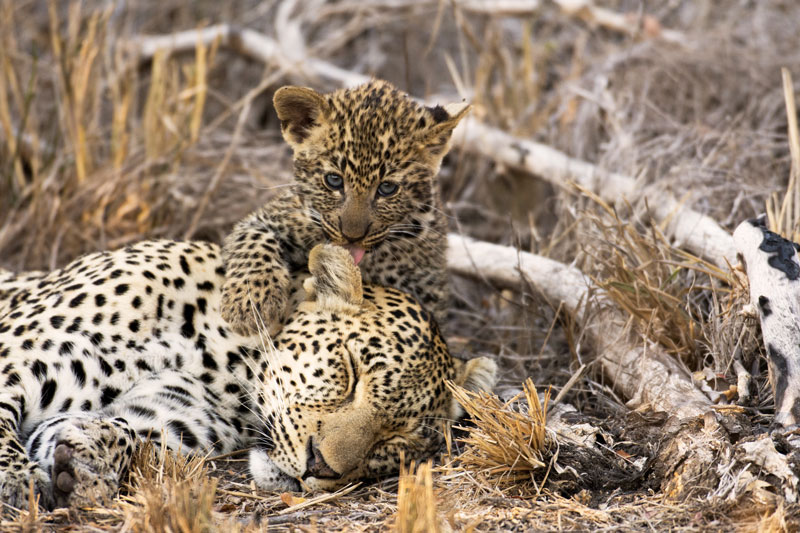 A leopard mother with offspring at Etosha National Park. The famous rock formation “Golden Arch” on the Spitzkoppe. Thirsty elephants in the Zambezi region

Tracing history in red sandstone
Around 79,994,000 years later, the native inhabitants began engraving their history in the rock. Over 2,500 fantastically preserved rock engravings portraying a peaceful life with nature can be found in the red sandstone. A “rock book,” so to speak. In 1883, a new, less tranquil chapter began. Adolf Lüderitz, a tobacco merchant from Bremen, suspected lots of diamonds in the Namib sand. He founded Lüderitz Bay and purchased a piece of land sized 300 x 150 kilometers, which would become the German South West Africa colony. Deep in its soul, this is what it has remained. With Black Forest Cherry Cake and beer that complies with German purity law. And don’t be surprised if a Herero greets you in German, “Guten Morgen, ich heiße Walter.” You can always expect such surprises in Namibia.

Namibia is enchanting
If you don’t count the inhabitants of the capital Windhoek – what remains is an endless horizon with an average of two people per square kilometer but hundreds of thousands of colors and formations of deserts, river valleys and mountain chains. From Germany, it’s just a 10-hour flight, without changing time zones, to one of the most beautiful and safest countries one can visit in Africa. Forty-two percent of the surface area is under conservation with a wealth of national parks and UNESCO World Heritage Sites. Like pearls on a string, beautiful luxury lodges and camps stand side by side, usually in culturally historical locations or near spectacular natural wonders. 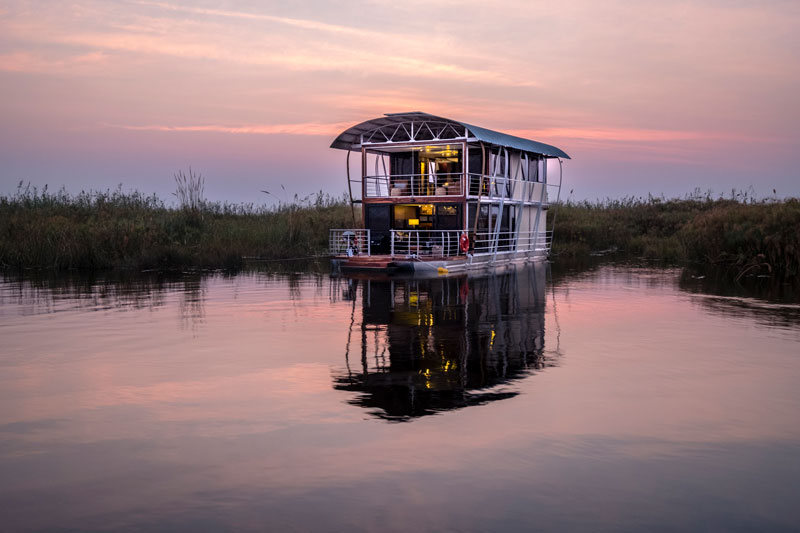 Experiences for the time of your life
The Zambezi Region where the Okavango gives life to Africa’s largest wetland and its widest array of wildlife. The delta is home to 1,300 plant species, 290 animal species and 444 bird species.

Etosha National Park, which spans 22,000 square kilometers and where nearly all types of wild animals found in Africa roam.

In Kaokoland on off-road adventures through a fascinating bush savannah and colorful mountain landscape to the Epupa Falls.

In the canyons and crystal pools of the Naukluft Mountains. Simply breathtaking.

On a hike through the 550-meter-deep Fish River Canyon, where temperatures can rise to 50 degrees. A Malawi shandy tastes twice as good afterwards.

Six o’clock in the morning in Sossusvlei when the sun rises up behind the 350-meter-high dunes and paints shadows in the sea of sand.

In the romantic wilderness of Damaraland or while mountain biking on the former protection force trails in the Aus Mountains.

Whenever you return from these adventures, the second part of a vacation day begins. Usually kicked off at the pool, often with a sundowner safari at the hotel’s wildlife park, crowned by unparalleled hospitality and concluded with a night under the legendary starry canopy. Namibia – wonderful and full of wonders.