How two sisters have transformed their decay-threatened home into a stylish country hotel, experiencing the ups and downs of the restoration of old half-timbered architecture 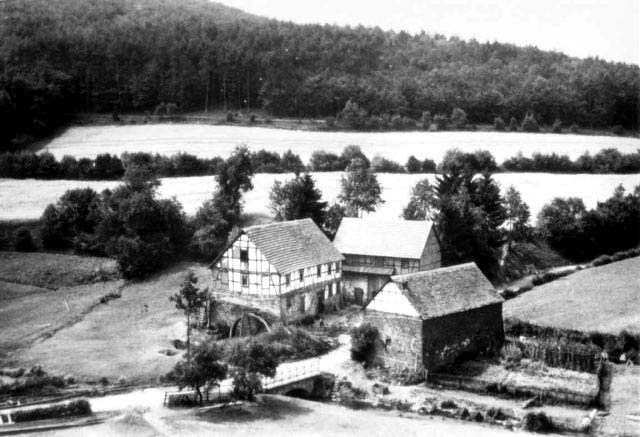 The Romantik Hotel Landhaus Bärenmühle stands in majestic seclusion. For nearly 500 years two water wheels turned in the valley here, with the energy of the brook, grain was ground and oil was beaten. Today, the property houses is a stylish country hotel. Around the year 2000, the old mill was begun to be restored in several stages of construction. “That was a single adventure,” says hotel manager Christiane Kohl, “and that’s it to this day”. After all, whoever renovates a half-timbered house “always experiences new surprises”. 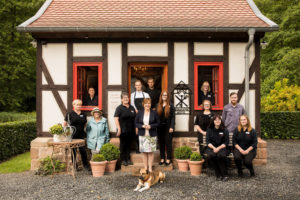 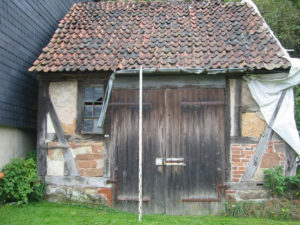 The old blacksmith’s house before the restoration 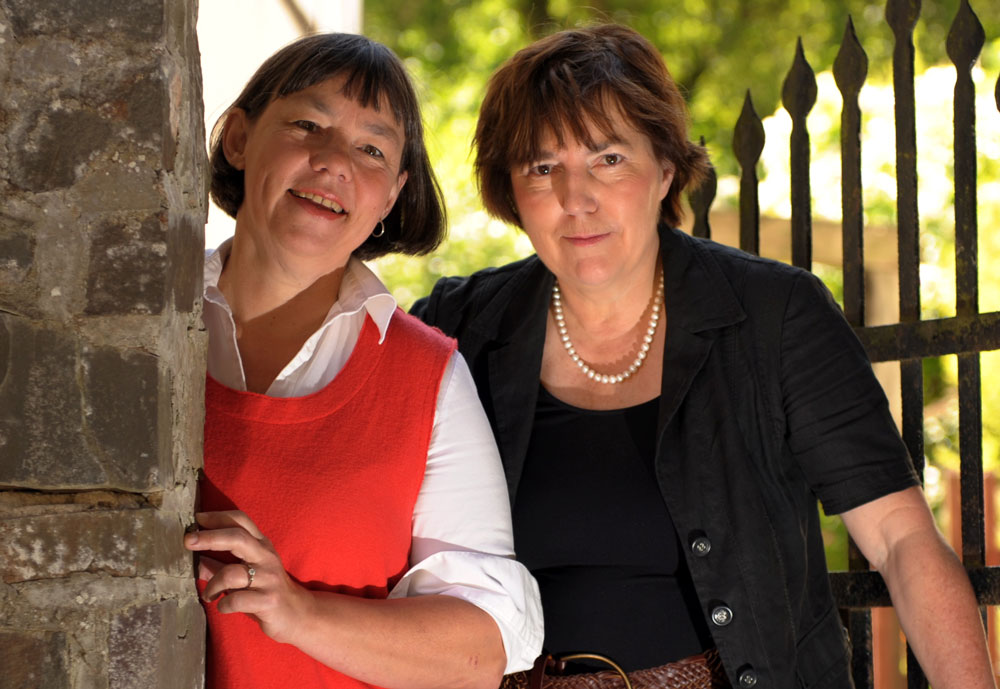 The Bärenmühle is her parents’ home. And so, together with her sister Bettina Kohl, she finally decided to convert the property, first mentioned in 1554, into a hotel. A total of five buildings were gradually restored. Today, the old mill house, which today houses a cozy romantic suite and various guest rooms with stunning views of the landscape – where once the mill wheels turned, guests can now look at the bathing pond created using the old mill race. In the barn house, the old quarry stone masonry was elaborately renovated and today radiates a very special, rural charm. 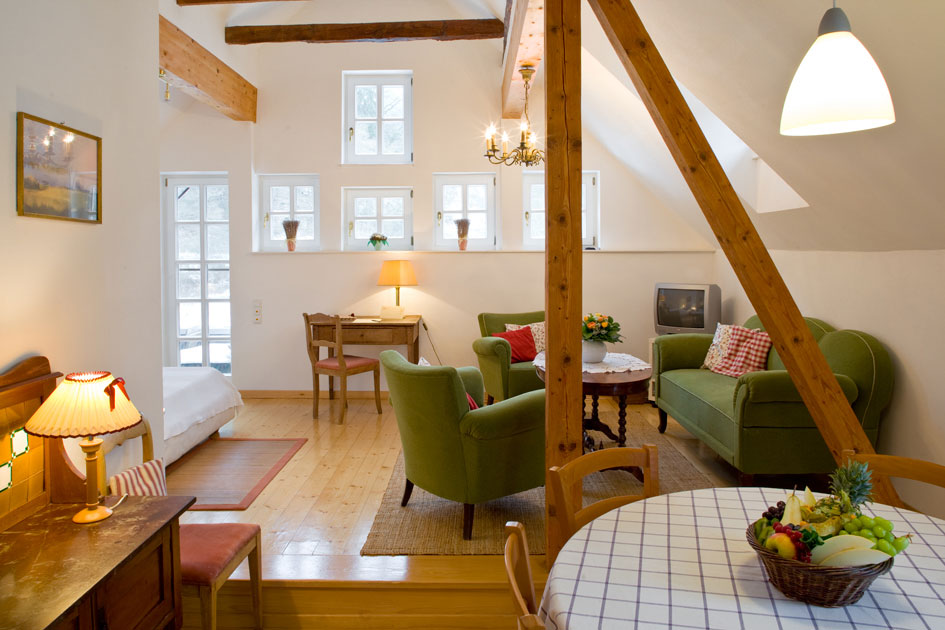 After the reconstruction of the Hugenottenhaus, a suite with a visible beam construction was created

Here is the restaurant “Maison Martron”, which is named after a former resident of the Bärenmühle – the Huguenot Anna Elisabeth Martron, who had come to the region with other French religious refugees at the end of the 17th century. The Hugenottenhaus, probably built around 1735 by Anna Matrons father, houses after thorough renovation today two cozy suites with exposed roof beams. The former chicken house became a “wellness nest” with sauna and relaxation room. And finally there was the old smithy, which used to be in a neighboring village – a charming little house, unfortunately threatened. “The building was a listed building, but should be demolished,” reports Christiane Kohl, “as we have removed it and rebuilt in accordance with the old plans.” Today the hotel reception is housed in the old smithy. “In the course of time, we have become veritable experts in trussing,” says Kohl of the rehabilitation work. Once a rotten beam had to be replaced, which was previously considered completely intact. Time threatened to break away an old stone wall that had to hold half a house. Time had to be removed building sins that had been committed in the 1960s. “In order to work properly, we first needed the right materials,” say the building owners. So they put on various material stocks: Old oak beams were searched and partially brought up from all over Germany, cairns with the most different stones put together – whether field stones and old “cat heads”, as roughly hewn basalt stones are called, used as paving stones, or centuries old sandstones and hand-burned bricks, which were used for the repair of house walls. “Old houses need old materials,” according to the experience of the builders.

Meanwhile, certain modern building materials are downright poison for a historic half-timbered house. “With modern colors, for example, which close the surfaces and can not breathe, even whole half-timbered houses have been completely repaired,” reports Kohl. The half-timbered beams in the Bärenmühle complex were all treated with linseed oil only: the oil is mixed with powdered pigments and then brushed hot on the beams – “this is only manual, but there is nothing better for the sustainable preservation of an outdoor beam,” says Kohl. 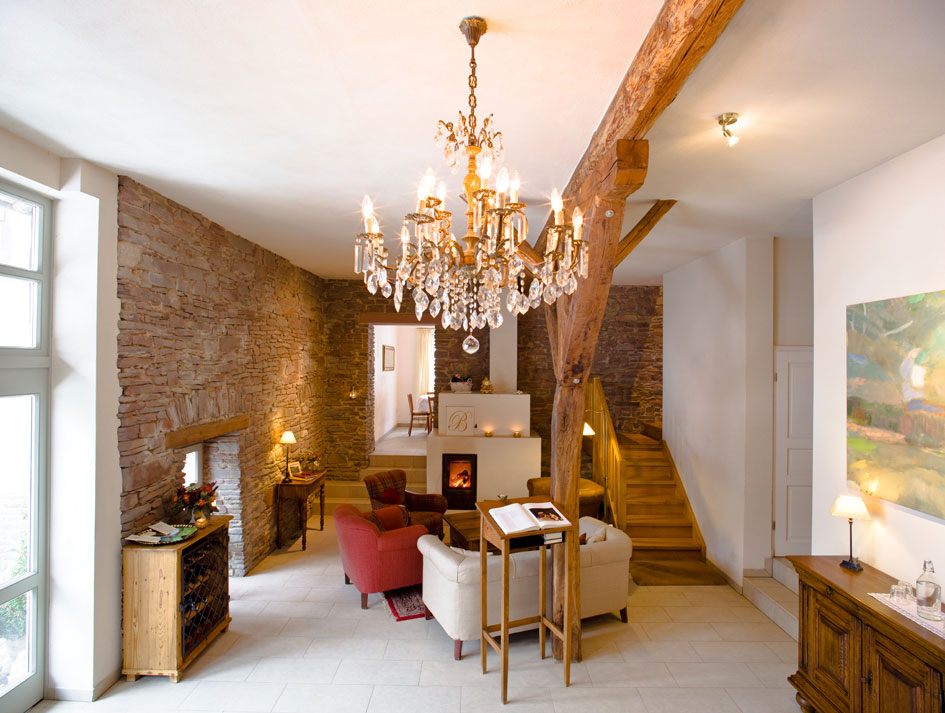 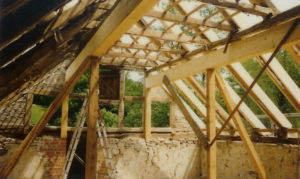 Upper floor in the Hugenottenhaus during the roof renovation

Today the Bärenmühle presents itself as a country hotel with 15 rooms and suites, a stylish retreat in magical nature, in which one can be pampered like in a country residence of old style. It offers the true luxury of our day, just those amenities that are becoming rarer in our hectic times: delicious dishes made from fresh local produce, a tasteful environment with evening conversation by the fireplace and relaxing peace in a beautiful natural landscape. The sauna house with swimming pond in the green invites you to slow down, the guests can slow down with massages, yoga and forest bathing excursions. Off the beaten track, they enjoy the true luxury of our time: fresh air, scenic expanse and, above all, an unbelievable silence for today’s conditions.