Prosecco Road – a journey with sparkle

In Veneto, it winds around vineyards, passes famous churches, majestic castles and offers new, breathtaking views after every curve.

It is most beautiful when the evening sun bathes the gently rolling landscape in warm light. The freshly poured prosecco sparkles in your glass, and each sip is pure enjoyment. The fruity bubbly leaves the taste of apple, peach, pear and a dash of lemon on the palate. Just as varied as the bouquet is a journey down the Prosecco Road in Veneto between Conegliano and Valdobbiadene. The 42-km-long route was inaugurated in 1966 and declared Italy’s first official wine road. 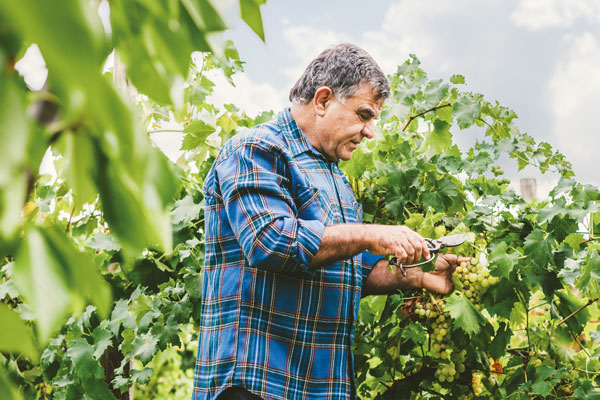 This route of enjoyment winds around the vast landscape with historical churches and castles, cozy villages and noble villas that wealthy Venetians had built here to enjoy in summer. The true treasure of this region are the lush green vineyards where the region’s gold grows: the yellow Glera grape.

Since 2010, strict production standards have been in place for prosecco production. Only wine made from Glera grapes that is cultivated, produced and filled in the region between Conegliano and Valdobbiadene may be called prosecco. The wine growers in Veneto now protect their sparkling wine with the seal DOC and, for even higher quality, DOCG. The seals guarantee the authenticity and quality of the prosecco. Because, for a long time, there were no safeguards, and low-quality products from outside of the region were also sold as prosecco. This damaged the wine growers’ images and the reputation of the sparkling wine. As a consequence, producers have trademarked their products and the quality seals stand for origin-controlled products that fulfill the quality standards.

Passion and science
The many wineries along the road are well worth a visit. Not just for sampling but also for getting an impression of the kind of care and passion the wine growers invest in producing aromatic prosecco from the grapes. Those interested in the scientific details can make a detour to the wine school Scuola Enologica di Conegliano, founded in 1876. The wine museum exhibits the milestones and results of centuries of wine-growing culture; films show the history and future of winegrowing. 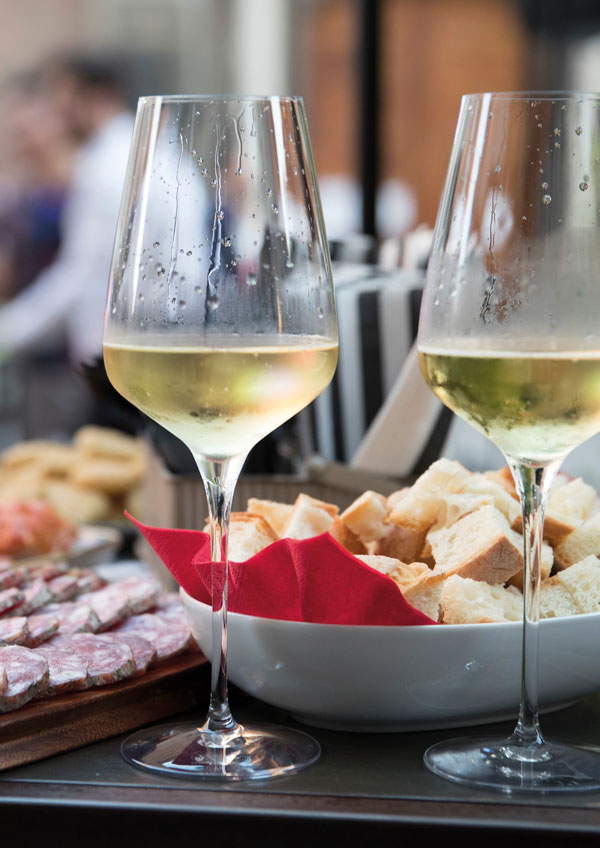 Fascinating witnesses of time
With lots of new wine knowledge, the journey continues on to San Pietro di Feletto. A worthwhile sightseeing stop. Here, there is a wonderful view of the hills of Conegliano and one of the oldest parish churches in the regions. Some of the frescoes are from the 12th century.

Through forests and past vineyards, the tour continues toward Refrontolo. On this route, another stop is made at a stony architectural jewel. Nestled in rocks, forest and river water, there is the watermill Molinetto della Croda. It was built in the 17th century and closed in 1953. Today, it is a fascinating historical landmark and a popular place to visit.

Guardians of prosecco quality
And on we go to Solighetto, to Villa Brandolini, a work of architecture from the 18th century and the seat of the consortium Prosecco DOCG. The association protects the quality of prosecco. The villa not only centers around wine enjoyment – there are also regular art exhibitions here.

The hills get steeper on the way to Farra di Soligo. The Castello di Torri di Credazzo has a majestic presence in the landscape and is a relic of the Lombard reign. The Strada del Prosecco continues on along the vineyards to Col San Martino. Visitors should visit the little church San Vigilio by foot. Only then can you enjoy the panorama and the view of the vineyards with each step.

Fresh wine and true classics
In many parts of Marca Trevigiana, as the province of Treviso used to be called, the annual Primavera del Prosecco takes place, the Spring of Prosecco. Then the new vintage is sampled, served with asparagus from the neighboring production areas. In the fall, local specialties with mushrooms, chestnuts and polenta are served with prosecco.

Those who would like to drive the route in proper style in an open Italian vintage car can rent one of these automobile classics, for example from Slow drive (info: noleggioautodepoca.eu/it/)

This enjoyable journey ends in Valdobbiadene – the capital of prosecco production. Here is where most of the spumante producers are located. And, from here, one can take a nice hike to the vineyards and the Treviso Alpine foothills. For those who would like to stop here – like everywhere on Prosecco Road, hospitality and bubbly cheer are found in abundance.

The four types of prosecco

Prosecco Spumante (sparkling wine) is the most widely known and most popular type. Its perlage is fine and long-lasting. It has a pale straw color and accounts for 76 percent of the total production.

Prosecco col Fondo is the original, more traditional prosecco variation. The wine gets its fizz through the natural bottle fermentation and presents itself “col fondo” with a sediment at the bottom from natural wine yeast that gives it the scent of bread crust.

Prosecco Tranquillo (still wine) has no perlage and accounts for one percent of total production.

END_OF_DOCUMENT_TOKEN_TO_BE_REPLACED

Located right in the middle of the vineyards. What’s special: Wine and prosecco tasting seminars

Adjoining is one of the best fish restaurants in Italy recommended by the renowned culinary guide Gambero Rosso. 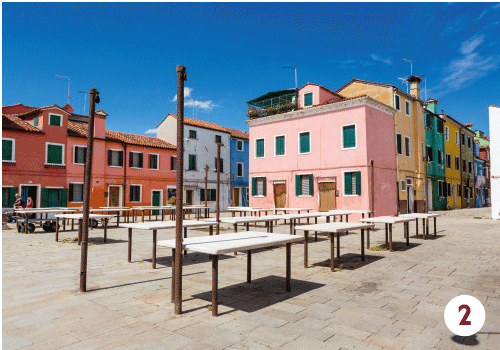 Albergo Diffuso in the pictu- resque fishing island Burano in the Venetian Lagoon.

The hotel has a star honoured restaurant and its own winer.