It’s been around for ages – but is now totally trendy again. Bertie Nyman, whisky expert at the Scottish Romantik Hotel Glencoe House, explains this whisky comeback and tells us how to select the right one 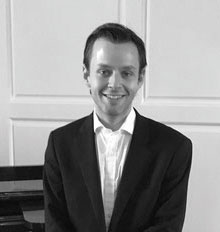 Why is whisky suddenly so popular again?

In the past, a lot of distilleries in Scotland had to close because whisky simply wasn’t as popular anymore and was considered old fashioned. But producers have become more experimental and this new diversity has great appeal at the moment. There’s never been a better time to discover one’s love for whisky.

What makes a good whisky?

There’s no simple answer to this. The bottle, colour, and age don’t tell you anything about the quality. You have to sample as many as possible, and experiment. Whether a whisky tastes good to you also depends on factors like the mood or the time of year. A light, fruity whisky tastes better in the summer, while a heavy, smoky Scotch is better suited to a cold day in winter.

Where do the different aromas in whisky come from?

In Scotland, we say “the wood makes the whisky” – the wood of the cask gives the whisky its very own aroma. Toward the end of maturation, many producers fill the whisky into another cask for a few months to add more flavours in a process called finishing. A single malt that has matured in a bourbon cask with its typical vanilla aroma can take on additional fruity notes in a red wine cask. And the barley is important, too. Dried over a peat fire, it gives the whisky a smoky aroma. So, as you see, it’s a combination of various little things. Does whisky get better with time?

Whisky is usually bottled after eight years or more. For a quicker profit, some distilleries bottle their whiskies already after three or five years instead of leaving it to mature. The alcohol content decreases during the maturation process. What this means: whisky doesn’t get better with age, it gets milder.

How do I drink a whisky correctly?

I advise beginners to try their first sip of whisky neat and then to add a couple of drops of water. This can make the flavours stand out more if they are hidden by the alcohol. I would tend to not recommend whisky on ice. The cold distorts the taste and if you have large ice cubes you have no control over what’s going on in the glass.

Can whisky be paired with food?

Whisky goes very well with chocolate or cheese. With the right combination, you can even intensify the taste. Dark orange chocolate highlights the citrus aromas of a light whisky even more. Blue cheese, on the other hand, can perfectly underscore the smoky aromas of a strong whisky from the Isle of Islay.

What makes whisky so special for you?

Whisky is always about pleasure and emotions. After a hike through the highlands or when you’re celebrating with friends, whisky makes the moment special. A 16-year-old Lagavulin brings me right back to the first time I tasted it in the distillery. It was the first whisky I fell in love with.

More about the hotel: romantikhotels.com/Glencoe

Blend:
a mixture of different malt and grain whiskies.

Cask Strength:
bottled undiluted from the cask right after maturation, these whiskies have a high alcohol content of up to 60 %.

Rye Whiskey:
has a rye content of at least 51 %, produced mostly in the U.S. and Canada.

Single Malt:
is whisky from a single distillery made from malted barley.

Single Cask:
is a single malt that has matured in one cask.

Whiskey is made in many parts of the world. From Ireland over the USA to Japan. A small island in Scotland, however, is considered an absolute paradise for whiskey lovers worldwide – the Hebridean island Islay. 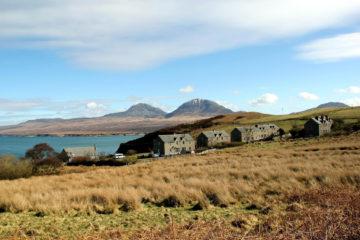 200 kilometers of coast, rugged rocks, long sandy beaches, gentle moorland – a breathtaking scenery that attracts many nature lovers. Throughout the year, there are some rare species such as the corncrake, white-tailed eagle or the alpine crow.

And every autumn and winter, a very special spectacle takes place: thousands of wild geese fly to the island, using Islay as a domicile and as a breeding ground. 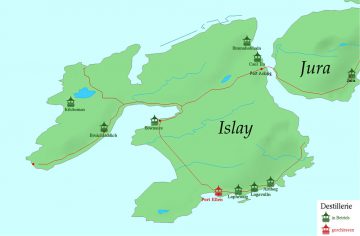 The real attraction, however, does not lure visitors to this island paradise into nature, but into traditional walls – into the well-known whiskey distilleries. On nearly 4,000 inhabitants, eight famous distilleries, world-class and of the highest quality, can be found on the small Hebridean island. What makes whiskey from Islay so special?

The single malts are appreciated by the lovers mainly because of their typical smoky and peaty aromas. The extensive peat deposits on Islay are crucial for the special taste, appreciated in the whole whiskey world. The grain for the coveted drinks is dried over peat fire and brings thereby the special, smoky note into the drink. Each of the nine distilleries has its own recipe with a very unique taste and distinctive aroma. The distilleries located in the south of the island, such as the famous Lagavulin, produce rather strong varieties that are enriched with peat smoke and salt water. In the northern distilleries, as in the well-known Bunnahabhain, lighter single malt whiskeys are distilled. They use cereal only lightly dried over the peat fire, tasting milder.

In the well-known distilleries, visitors are informed about the art of whiskey distilling, and of course that includes extensive tasting. The beauty of these high percentage places: they are all in a fantastic scenic location and during the visits you will automatically get to know the most beautiful spots on the island. Liquid tasting, enjoying nature – everything is close together on Islay. 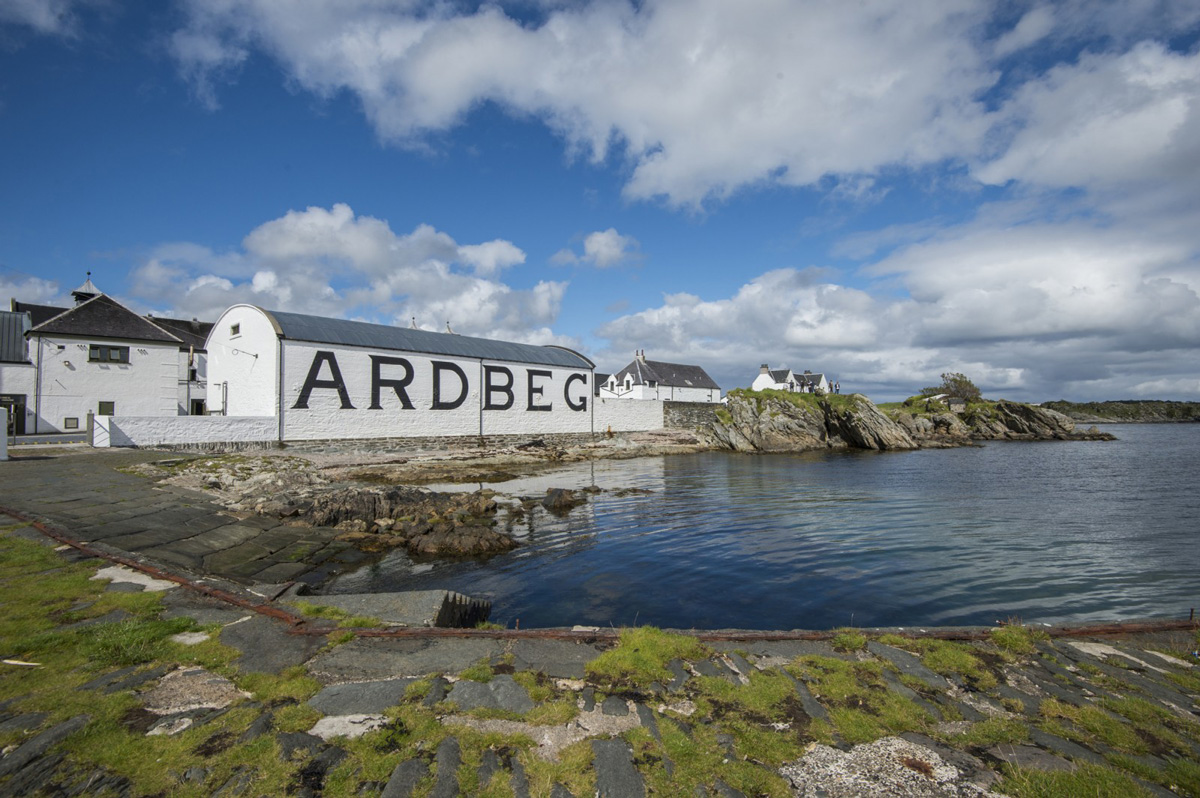 One of the distilleries, currently producing whisky on Islay (Photo: Ardbeg Distillers)

The active distilleries on Islay: